Couldn't play the long innings as i was batting down the order. Asad Shafiq is a senior batsman of pakistan test team. He is playing for National side for long enough. Asad Shafiq is a promising young cricketer who came into the Pakistan team at a time when the team was undergoing a lean patch. He has shown admirable composure and the potential to be one of the bright stars of Pakistan in the future.

He was born on 28 January 1986 in Lahore. He belongs to city of Karachi, Sindh. He belongs from a Gujarati family. He has been blessed with two daughters Afra Asad and Anabia Asad. He as a father has made his daughters proud of his performance in the matches. 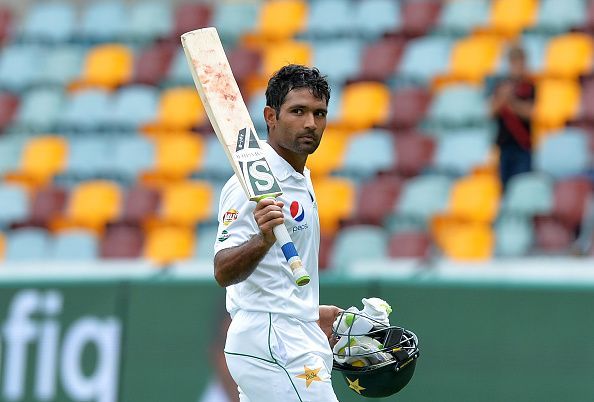 Right-hand top order batsman, Asad Shafiq made his international debut in 2010, and he impressed immediately with a half-century in an ODI on the tour to England in 2010. A Test call-up followed later that year, and Shafiq justified that call-up by scoring 61 on debut against South Africa in Abu Dhabi. Since then, he has been reasonably consistent as a Test batsman, showing spunk and flair in the middle order. Against Bangladesh in 2011 he scored his maiden Test century, but against South Africa in 2013 he bettered that, scoring a Test hundred in tough conditions in Cape Town coming in to bat at 33 for 4, he added 219 with Younis Khan and scored 111 against an attack that included Dale Steyn, Vernon Philander and Morne Morkel. His performances in the shortest format of the game have not been so appealing ever since his debut against New Zealand in 2010. He played 11 games in 2013 and managed to score only one fifty which forced the selectors to drop him from the ODI squad after the South African tour. He was also not preferred for the 2012 and 2014 T20 WCs in Sri Lanka and Bangladesh respectively.

Responsibility as a Senior player:

Asad Shafiq believes that after the departure of two stalwarts, Misbah-ul-Haq and Younis Khan, the responsibilities on him and Azhar Ali has increased. Asad admitted that they (Azhar & him) have not filled the gap of the experienced duo in the longest format of the game. They haven't played long innings as it was expected to do after misbah and younus but asad believe that he will try his best to fill the gap along with Azhar Ali.