Saba Qamar and Maira Khan are both considerd as the top ranked actresses in the country. Both of them neither look together anywhere nor they said anything against each other. But on media people often talk about them and more often compared the career statistics of the actresses.

Recently in an interview Saba Qamar has opened up about her friendship with Mahira Khan. Few months back Mahira Khan criticized the actresses who were saying that Mahira don't know how to act. She counter them by saying that their (actresses) movies don't earn 100 crores. It was considered an attack on Saba Qamar who remained silent in the whole scenario.

Later the debut film of Saba Qamar in Bollywood has earned more then Mahira's Raees, She posted a story on instagram where she answered the critics of Mahira during the show. When she was asked about Mahira she said that she is not a friend of Mahira but also don't considered her as an opponent. She further added that she never met Mahira so don't know much about her but she definitely want to work with her(Mahira).
One of Pakistan's most popular and highest paid actresses, Qamar is the recipient of several accolades, including the Lux Style Award, Hum Award, and a Filmfare Award nomination. She was honoured by the Government of Pakistan with the Tamgha-e-Imtiaz in 2012 and Pride of Performance in 2016. She made her acting debut with a role in the television series Mein Aurat Hoon (2005). Qamar was last seen playing the main lead as Mannat in ARY Digital 's courtroom drama Cheekh.

Qamar was born on 5 April 1984 into a Sindhi family in Hyderabad, Sindh. She lost her father at a very young age and spent most of her childhood in Gujranwala with her grandmother. She got her early education in Gujranwala then moved to Lahore to pursue further studies. Her family is settled in Karachi.

Qamar made her debut in the PTV Home TV series Mein Aurat Hoon. The series was shot in Lahore. It was followed by several classic PTV series including Chaap , Dhoop Mein Andhera Hai, Kanpur Se Katas Tak and Unbiyaanable. In 2007, Qamar appeared in ATV 's Khuda Gawah which was the remake of 1992 Indian film of the same name and Jinnah Ke Naam.

She has played the role of Fatima Jinnah and the series was a tribute to the founder of Pakistan, Muhammad Ali Jinnah. Though the series failed commercially, Qamar received a nomination for Best TV Actress (Terrestrial) at the Lux Style Awards. In an earlier interview with The Express Tribune, Qamar confessed, “For me, acting is being able to express the feelings, emotions and expressions of different people and characters.

Qamar's debut film was Aina (2013) opposite Faysal Qureshi for which she was nominated for Best Actress at Tarang Housefull Awards. She established herself as a leading actress of Urdu cinema for portraying the singer Noor Jehan in the acclaimed biographical drama Manto (2015). Directed by Sarmad Khoosat and produced by Babar Javed under A&B Entertainment,

the film was made on a big budget and performed poorly at the box office with a lifetime collection of Rs5.05 crore, however it was critically praised and also earned her a nomination at the ARY Films Awards for Best Supporting Actress. The film was also adapted as a TV-series in 2017 titled Main Manto. Later she played a rockstar Tara in the travel comedy Lahore Se Aagey (2016).

The film was the second installment in Karachi Lahore (film series) and ranks among the highest-grossing Pakistani films of all time with a gross of Rs21.60 crore. In the same year, she made a special appearance in the psycho–thriller 8969. She made her debut in the Hindi film industry , in Saket Chaudhary 's film Hindi Medium (2017), opposite Irrfan Khan. 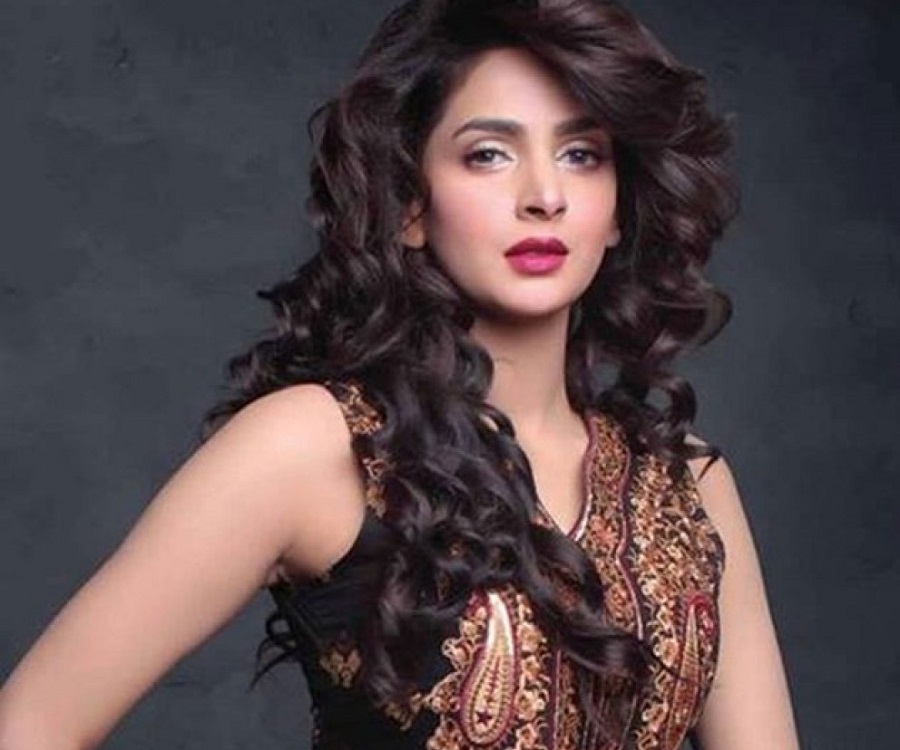 The film became a sleeper hit in India and China with a collection of ₹334.36 crore. Her performance in the film was praised by critics. A reviewer for The Times of India wrote, "Saba, as the dominating wife is sheer delight onscreen".  In a scathing review, Sreehari Nair of Rediff.com labelled the film "fascinatingly frustrating" and called Qamar "natural actress, sexual daring". Qamar also received nominations for Best Female Debut at Screen Awards, Best Actress at
Filmfare Awards and declared top Bollywood debutant of 2017 by Eastern Eye.