Cryptocurrency, all you need to know where future belongs

Cryptocurrency, all you need to know where future belongs

Cryptocurrency is an internet-based medium of exchange which uses cryptographical functions to conduct financial transactions. Cryptocurrencies leverage blockchain technology to gain decentralization, transparency, and immutability. The decentralized control of each cryptocurrency works through distributed ledger technology, typically a blockchain, that serves as a public financial transaction database. Bitcoin, first released as open-source software in 2009, is generally considered the first decentralized cryptocurrency. Since the release of bitcoin, over 4,000 altcoins alternative variants of bitcoin, or other cryptocurrencies have been created. 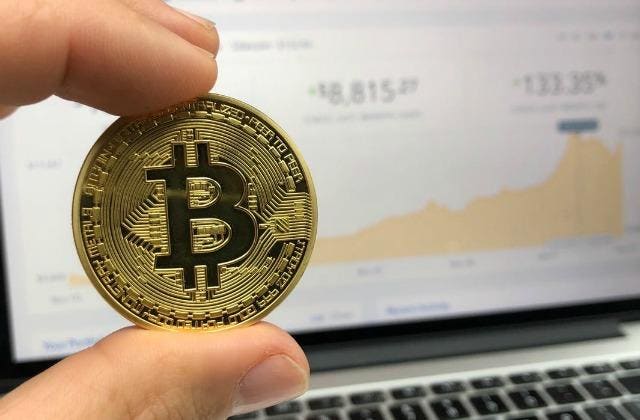 In 1983, the American cryptographer David Chaum conceived an anonymous cryptographic electronic money called
ecash . Later, in 1995, he implemented it through Digicash , an early form of cryptographic electronic payments which required user software in order to withdraw notes from a bank and designate specific encrypted keys before it can be sent to a recipient. This allowed the digital currency to be untraceable by the issuing bank, the government, or any third party. The first decentralized cryptocurrency, bitcoin, was created in 2009 by pseudonymous
developer Satoshi Nakamoto . It used

SHA-256 , a cryptographic hash function, as its proof of work scheme. In April 2011, Namecoin was created as an attempt at forming a decentralized DNS , which would make internet censorship very difficult. Soon after, in October 2011, Litecoin was released. It was the first successful cryptocurrency to use scrypt as its hash function instead of SHA-256. Another notable cryptocurrency, Peercoin was the first to use a proof of work or proof of stake hybrid.

Cryptocurrency is an internet based medium of exchange which uses cryptographical functions to conduct financial transactions. Cryptocurrencies leverage blockchain technology to gain decentralization, transparency, and immutability. The most important feature of a cryptocurrency is that it is not controlled by any central authority: the decentralized nature of the blockchain makes cryptocurrencies theoretically immune to the old ways of government control and interference. Cryptocurrencies can be sent directly between two parties via the use of private and public keys.  These transfers can be done with minimal processing fees, allowing users to avoid the steep fees charged by traditional financial institutions.

Few people know, but cryptocurrencies emerged as a side product of another invention. Satoshi Nakamoto, the unknown inventor of Bitcoin, the first and still most important cryptocurrency, never intended to invent a currency. In his announcement of Bitcoin in late late 2008, Satoshi said he developed “A Peer to Peer Electronic Cash System.“ His goal was to invent something; many people failed to create before digital cash.

The single most important part of Satoshi‘s invention was that he found a way to build a decentralized digital cash system. In the nineties, there have been many attempts to create digital money, but they all failed. After seeing all the centralized attempts fail, Satoshi tried to build a digital cash system without a central entity. Like a Peer to Peer network for file sharing.

This decision became the birth of cryptocurrency. They are the missing piece Satoshi found to realize digital cash. The reason why is a bit technical and complex, but if you get it, you‘ll know more about cryptocurrencies than most people do. So, let‘s try to make it as easy as possible. To realize digital cash you need a payment network with accounts, balances, and transaction.

That‘s easy to understand. One major problem every payment network has to solve is to prevent the so-called double spending: to prevent that one entity spends the same amount twice. Usually, this is done by a central server who keeps record about the balances.

In a decentralized network , you don‘t have this server. So you need every single entity of the network to do this job. Every peer in the network needs to have a list with all transactions to check if future transactions are valid or an attempt to double spend.

Markets are dirty. But this doesn‘t change the fact that cryptocurrencies are here to stay – and here to change the world. This is already happening. People all over the world buy Bitcoin to protect themselves against the devaluation of their national currency. Mostly in Asia, a vivid market for Bitcoin remittance has emerged, and the Bitcoin using darknets of cybercrime are flourishing.

More and more companies discover the power of Smart Contracts or token on Ethereum, the first real-world application of blockchain technologies emerge. The revolution is already happening. Institutional investors start to buy cryptocurrencies. Banks and governments realize that this invention has the potential to draw their control away. Cryptocurrencies change the world. Step by step. You can either stand beside and observe  or you can become part of history in the making.