Misbah ul Haq the former captain of team pakistan is selected as the head coach of team pakistan. Apart from coaching he is also the new chief selector of the National team. Now the pannel of six coaches will select the players for National side instead of the previous selection committee. 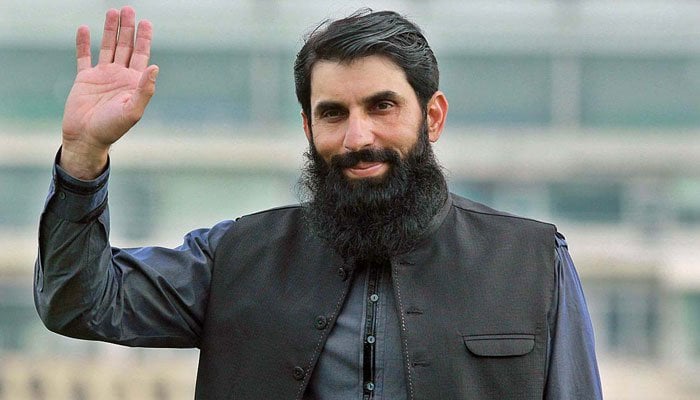 The panel will be headed by the coach Misbah ul Haq. PCB has never let us down in making the news more controversial. Some people have appreciated the step as the one step forward towards the betterment while others are raising some valid points as well. They think that if PCB or Waseem Khan had an idea in their mind regarding this discision then they should've kept Misbah away from the cricket committee which has judged the performance of the former head coach Mickey Arthur.

Misbah's Point of View on the Role:

Addressing a press conference soon after his appointment, Misbah said: "As a coach, or a leader, what one wants is to have such a great team that they instantly dominate the match and put pressure on the opposition. But that is the ideal situation. In real life one has to strategies based on the kind of players available, I will be doing the same. Of course, the ultimate goal is to have a very strong team at the end but we have to begin with what we have. The revamping of the cricket structure will take some time." Ending speculations regarding his role in Pakistan Super League, PCB Chief Executive Wasim Khan who was also present at the press conference said, "An executive decision has been made to let Misbah coach during PSL as our team will be playing only 42 days of international cricket in the next one year. Misbah needs all the coaching experience he can get and the PSL is a good place to start." Evading a question about Misbah's salary, the two PCB executives said that Misbah was being paid an amount that is justified for the role that he has taken on. When asked if the salary is up to par with that of Micky Arthur, Khan said: "Yes, Misbah is taking on the same responsibilities as Arthur and thus he is being paid the same amount of money."

Build Up for Selection:

Misbah was a front runner for the head coach job even though he applied for it on the last day of submission on Aug 26 after resigning as a member of the national cricket committee. He was also recently appointed by the PCB as the camp commandant of the ongoing pre-season training camp in which most of the contracted players are taking part.

He was a surprise appointment as Pakistan captain back in 2011 and he led the team with distinction, going on to become one of the country’s greatest skippers. It remains to be seen whether he can work the same magic as the head coach.

Misbah and Waqar have worked together in the past when the former was the Pakistan captain and the latter was the head coach. Waqar’s readiness to work under Misbah comes as a surprise considering he has been Pakistan head coach on two occasions in the past. Discussing the matter of having Waqar by his side as the bowling coach, Misbah said: “I am excited to once again have someone as experienced and knowledgeable as Waqar Younis in my corner as a bowling coach. We have exciting young fast bowlers in our ranks and there is no better person than Waqar to transform them into modern day stars. “Both Waqar and I had a candid and frank discussion and we discussed and agreed on a number of things, including roles and responsibilities as well as how to take things forward." The Misbah-Waqar duo's first test will be the upcoming One-day International and Twenty20 home series against Sri Lanka, which will be played from 27 September to 9 October.