Asim Azhar become a voice of Kashmir in awards ceremony

Asim Azhar become a voice of Kashmir in awards ceremony

Houston: The voice of Kashmiris was honored at the ceremony by Pakistani actress singer Asim Azhar, to which her fans praised her.At the 'We Awards' festival where other stars greeted the fans with their style and performances, there was the voice of acting singer Asim Azhar Kashmir. 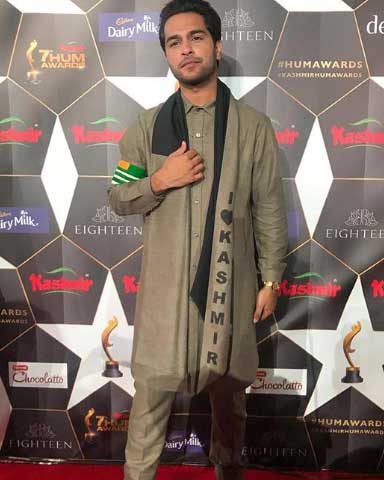 Asim Azhar's dress was worn by AI Lo Kashmir, while the Kashmir flag was tied on his arm, which is being praised on social media.

It is important to note that at the 'We Awards' festival in the American city of Houston, the performers cheered their fans where all the showbiz celebrities were part of the event.