Anti-Biotic medicines could cause bowl cancer

Anti-Biotic medicines could cause bowl cancer

Antibiotics cannot treat viral infections, such as cold, flu, and most coughs. Side effects can include diarrhea, an upset stomach, and nausea. Sometimes, however, the number of harmful bacteria is excessive, and the immune system cannot fight them all. Antibiotics are useful in this scenario.

Some medical professionals have concerns that people are overusing antibiotics. They also believe that this overuse contributes toward the growing number of bacterial infections that are becoming resistant to antibacterial medications. According to the Centers for Disease Control (CDC), outpatient antibiotic overuse is a particular problem. Antibiotic use appears to be higher in some regions, such as the Southeast.

Use of carbapenems, a major class of last-line antibiotics, increased significantly from 2007 to 2010. Alexander Fleming, speaking in his Nobel Prize acceptance speech in 1945, said "Then there is the danger that the ignorant man may easily underdose himself and by exposing his microbes to non-lethal quantities of the drug, make them resistant." As the man who discovered the first antibiotic almost 70 years ago predicted, drug resistance is starting to become commonplace.

When To Use Antibiotics:

Antibiotics are specific for the type of bacteria being treated and, in general, cannot be interchanged from one infection to another. When antibiotics are used correctly, they are usually safe with few side effects. However, as with most drugs, antibiotics can lead to side effects that may range from being a nuisance to serious or life-threatening.

In infants and the elderly, in patients with kidney or liver disease, in pregnant or breastfeeding women, and in many other patient groups antibiotic doses may need to be adjusted based upon the specific characteristics of the patient, like kidney or liver function, weight, or age. Drug interactions can also be common with antibiotics. Health care providers are able to assess each patient individually to determine the correct antibiotic and dose.

When NOT To Use Antibiotics:

Antibiotics are not the correct choice for all infections. For example, most sore throats, cough and colds, flu or acute sinusitis are viral in origin (not bacterial) and do not need an antibiotic. These viral infections are “self-limiting”, meaning that your own immune system will usually kick in and fight the virus off.

Don't share your antibiotic or take medicine that was prescribed for someone else, and don't save an antibiotic to use the next time you get sick.

Increase the Risk of bowl Cancer:

Long term use of antibiotics during adulthood increases the likelihood of developing precursors to bowel cancer. The findings suggest a pattern of risk that may be linked to differences in gut microbiome (bacteria) activity along the length of the bowel and reiterate the importance of judicious prescribing, say the researchers. In 2010, patients around the world took an estimated 70 billion doses of antibiotics equivalent to 10 doses each. Antibiotics have a strong and long lasting impact on the gut microbiome, altering the balance of helpful and harmful bacteria. The researchers wanted to find out if this might affect bowel and rectal cancer risk, and how. They drew on data submitted to the nationally representative Clinical Practice Research Datalink (CPRD) between 1989 and 2012. 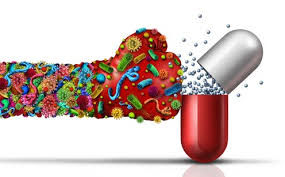 The association between bowel cancer and antibiotic use was evident among patients who had taken these drugs more than 10 years before their cancer was diagnosed. Patients who developed bowel cancer were more likely to have been prescribed antibiotics targeting anaerobes, which don't need oxygen, as well as those targeting aerobes, which do than patients without cancer.

This is an observational study, and as such, can't establish cause, and the researchers weren't able to capture potentially influential lifestyle factors for all the participants, nor hospital treatment, which may have affected overall cancer risk. Nevertheless, their findings suggest "substantial" variation in the size and pattern of antibiotic effects along the length of the bowel, they say, concluding: "Whether antibiotic exposure is causal or contributory to colon cancer risk, our results highlight the importance of judicious antibiotic use by clinicians."