The bold singer of the past Sinead O'Connor Born on December 8, 1966, in Dublin, Ireland. Sinead O'Connor started her music career when she was discovered by a local drummer. With fame came controversy among other incidents, O'Connor tore up a picture of the pope during an appearance on Saturday Night Live in 1992 and has more recently been known for using social media to express her personal struggles. Born December 8, 1966, in Dublin, Ireland, Sinead O'Connor had a difficult childhood her parents divorced early on and her mother was frequently abusive, and she was sent to reform school after being caught shoplifting. Her music career began when she was "discovered" by the drummer of the popular Irish band In Tua Nua and co-wrote their hit song "Take My Hand." Before finishing school, O'Connor ran away to Dublin, where she sang and played guitar on the street and in pubs and worked for a singing telegram service.

With her debut album in the late 1980s, she got her first shot at fame but it was not before the early years of 1990s that she became a sensation worldwide. Her signature bald look, her powerful music, and her bold moves made sure that she remained in the news constantly. From tearing up the Pope’s picture on national television to speaking her mind on war and child abuse, O’Connor has never been afraid to express herself in front of the world.

This has created two hugely different groups of people - one that admires her boldness and the other which criticizes it fiercely. Despite all the controversies, her music speaks for itself, and in that, she has millions of admirers around the world. She mostly does solo albums, but she has been known to sing for films, collaborate with other singers and even appear at charity concerts.

Her two albums, Am I Not Your Girl? (1992) and Universal Mother (1994), made far less of an impact either critically or commercially. Soon, however, O'Connor became famous for her controversial public outbursts, beginning in 1989 when she announced her support for the radical Irish Republican Army (IRA); she retracted the statement one year later.

She again made headlines in 1990 when she refused to appear onstage in New Jersey if "The Star-Spangled Banner" were played before the concert. In 1991, O'Connor boycotted the Grammy ceremony and refused her award for Best Alternative Album, maintaining that her absence was a protest against the extreme commercialism of the Grammy Awards.

Even more publicity surrounded a 1992 performance by O'Connor on Saturday Night Live, during which she tore up a photograph of Pope John Paul II, denouncing the Catholic Church as "the real enemy." Despite her contempt for the clerical hierarchy and to bring attention toward allegations of child abuse within the institution, O'Connor maintained she was a Catholic and devoutly spiritual.

After a few years away from the limelight, Sinead O’Connor has returned to the public eye, giving a frank interview about her conversion to Islam. She said "I read just chapter two alone of the Quran and realised, 'I am home'. "I am 52," she continued, "and grew up in a very different Ireland to the one that exists now. It was a very oppressed country, religiously speaking. 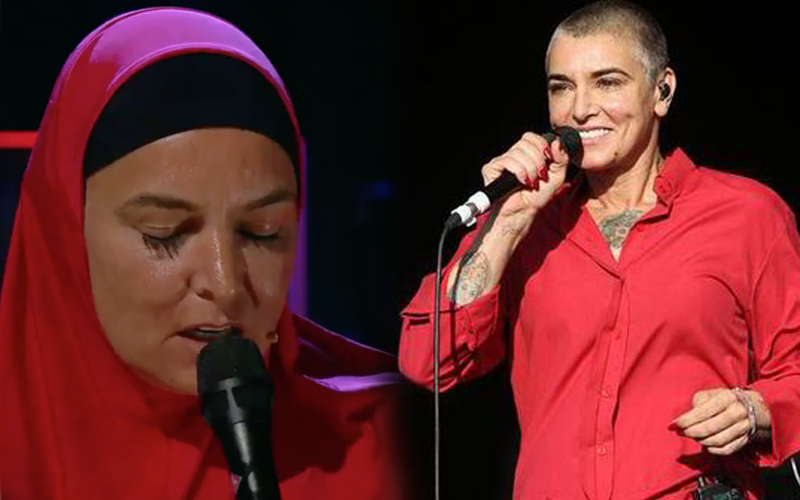 "I started studying scriptures from different religious, trying to find the 'truth' about God ... I never thought I would join a religion, but I left Islam until last because I had so much prejudice about Islam. "But then when I started reading, and I read just chapter two alone of the Quran, and I realised, 'Oh my God, I am home'. "I had been a Muslim all my life and didn't realise it."